The revision of the 2020 revenue framework has raised the Federal Government’s debt service to revenue ratio from the initial 29 per cent to 48 per cent. The Executive last Wednesday sent a revised 2020 budget proposal to the National Assembly following a drop in crude oil prices caused by the impact of the coronavirus pandemic. The Federal Government had in the budget proposal revised downward the revenue projection for the 2020 fiscal period by N3.3tn from the initial approved amount of N8.41tn to N5.08tn.

The reduction in revenue projection was due to the impact of the coronavirus pandemic. The pandemic has so far led to unprecedented drop in global crude oil prices. Based on the revenue parameters upon which the revised proposal was made, the Federal Government reduced the oil price benchmark from $57 per barrel to $30 per barrel. Similarly, the oil production volume was cut from the initial 2.18 million barrels per day to 1.7 million barrels per day.

Before the revision, the Federal Government had projected to generate about N8.41tn revenue to fund the budget, while debt service was estimated to gulp about N2.45tn. This implies that 29 per cent of the revenue of government in the 2020 fiscal year would have been spent to service debt obligations. However, following the revision in the revenue framework which resulted in a reduction of projected revenue to N5.08tn, with debt service unchanged, the gap in revenue to debt service ratio has now been widened to 48 per cent.

Speaking on the budget cut, a former Director-General, West African Institute of Financial and Economic Management, Prof. Akpan Ekpo, said that the N2.45tn allocated for debt service should be renegotiated. He said if the debt service obligation was renegotiated, it would free up funds that could be channeled for critical infrastructure projects such as power, rail and roads. Ekpo added that sectors such as education and health should be given priority in the current fiscal period.

He said, “It’s a drastic cut but the priority should be power, rail and roads in terms of hard infrastructure. The soft infrastructure for human development should be education and health. “Cost of governance is too high and this should be reduced while the excess channeled to infrastructure. “The budget has a huge amount allocated for debt servicing, this could be renegotiated and whatever that can be saved from there could be channeled for capital projects.” A former Director-General, Abuja Chamber of Commerce and Industry, Chijioke Ekechukwu, said that the cut in the budget was expected due to the continuous drop in crude oil price. 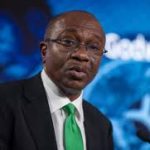 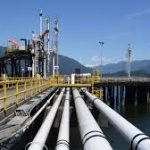