The exchange rate for Customs duty has increased from N306 per dollar to N326/$, our correspondent has gathered. The rate was reportedly introduced at the Lagos Port on Monday and the Nigeria Customs Service was said to have commenced immediate implementation.

Customs sources confirmed that the valuation department of Customs at all Commands had equally adjusted the exchange rate on their systems. The Public Relations Officer of the Association of Nigeria Licensed Customs Agents at Tin Can Island Port, Mr Emmanuel Onyeme, was quoted as saying that all transactions and cargoes that were cleared at the port on Monday were already paying N326 per dollar.

Onyeme lamented that the new exchange rate would definitely add to the cost of clearing cargoes from Nigerian ports and the prices of goods in the market.

He argued that the policy should not have commenced with immediate effect because several agents had already accepted jobs from their importers using calculations based on the old rate of N306 per dollar.

He also lamented that the Customs did not carry the clearing agents and other stakeholders along in the implementation of its policies. Speaking, Onyeme said “The new rate took effect at the ports today. It is already affecting our interaction with Customs because if the former exchange rate is 306 and they are placing an increment of N20, with this, some extra money would have been added to it.

“So, the new rate will affect the cost of clearing, especially for those who have collected jobs at the rate of N306, now that they are paying N326, they would have to go back to the importer to collect extra money. “And if the importer is selling his car for N1m, with this additional cost, he is going to add whatever is the extra cost to it.”

He claimed that the Customs had already changed the rate on the system, adding, “Every job that was captured today had to pay the new rate.”
https://punchng.com/customs-duty-exchange-rate-increases-to-n326 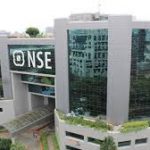