The Central Bank of Nigeria (CBN) said the Nigeria-China currency swap deal would not cover the importation of the 41 items banned in its 2015 circular on items not valid for Foreign Exchange.

CBN’s acting Director, Corporate Communications, Isaac Okorafor, made this known in an interview with the News Agency of Nigeria (NAN) on Sunday in Abuja.

According to him, this will ensure the currency deal does not stifle local companies and make Nigeria a dumping ground for Chinese goods.

“The fear is unfounded and I’ll give you reasons why.

“The first one is that we are going to focus on exports to China. Also, remember that we already export cassava products to China as well as leather, hides and skin amongst others.

“So this deal will open further the export market to China.

“Also, I want Nigerians to know that the items that will come in are not necessarily finished goods, so the issue of Nigeria becoming a dumping ground for China does not arise.

“This is because the 41 items that had initially been banned from the Nigerian Foreign Exchange Market will still not qualify under the deal,” he said.

The CBN recently signed a bilateral currency swap agreement with the People’s Republic of China worth about N720 billion.

On June 23, 2015, the CBN placed a ban on accessing Foreign Exchange in the official market for the importation of some goods and services.

The aim was to encourage local production of these items, conserve foreign reserves, resuscitate domestic industries and improve employment.

Mr Okorafor said with the Nigeria-China currency swap deal, the Naira was expected to appreciate against the US Dollars as the demand for Dollars eases.

“China accounts for a quarter or more of imports into Nigeria.

“The exchange of currencies between the Nigerian Central Bank and the Chinese Central Bank will make it easier for our entrepreneurs to have direct access to Foreign Exchange in Renminbi.

“Before now, when importing necessary machineries or merchandise from China, you first exchange Naira for the Dollar before changing it again to Renminbi and this puts pressure on the Naira.

“Now what it means is that a large portion of the demand for Dollars in Nigeria has been lifted off the back of the Naira and put directly on the Chinese Renminbi.

“And so it is a positive development as it will enhance the value of the Naira and reduce our dependence on the Dollar for imports,” he said.

Mr Okorafor explained that the two Central Banks were still working on the exchange rates between the Naira and Renminbi.

“As we speak, the modalities, the operational manual and the guidelines are being developed.

“But I can assure you that the exchange rate will be such that it will be competitive, fair to all and will not hurt our local producers and importers,” he said.

According to Mr Okorafor, once everything has been fine tuned, Nigerian entrepreneurs will be able to access Renminbi through money deposit banks, using similar rules for the Dollar.

He, however, stated that a clearing bank would be appointed for the transaction.

He said one of requirements for the appointment is that the Bank must have a branch in China, which some Nigerian Banks already have.

Mr Okorafor said one of the advantages of the deal was that it would encourage Chinese companies to set up factories in Nigeria, which would lead to industralisation and job creation.

“Chinese investors are interested in setting up shop here. And that is because if they produce here, it will be better for them.

“The cost of transportation, shipping, and all that, will be eliminated. We have a good environment, so a good number of them are interested in setting up production lines here.

“Also, when they do that, they are not going to employ only Chinese workers. A greater portion of the job opportunities in these plants will be filled up by Nigerians. 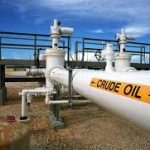 CRUDE PRICES RISE ABOVE $80 FOR FIRST TIME SINCE 2014Investor News