For the first time in more than four years, the United States’ monthly import of Nigerian crude Oil rose to 12.29 million barrels in August, the latest report from the US Energy Information Administration has revealed.

Meanwhile, Nigeria’s January Oil exports are expected to slip back from a 21-month high hit in December, according to a Reuters’ compilation of loading plans on Thursday. Crude Oil exports of 1.76 million barrels per day are scheduled for January on 62 cargoes. The total compared with exports set at 1.94 million bpd in December, the highest scheduled since March 2016.

Traders said some of the December cargoes could slip into January, but that the exports were likely to be slightly lower on the whole. The programme also included three cargoes of Akpo condensate for a total of 97,000 bpd, the same level as December. 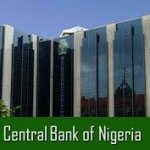