Mobile technology is expected to play a key role as governments look to reinvigorate their economies and build a more inclusive society post-pandemic, the Global System for Mobile telecommunications Association (GSMA) has said. According to the association, now is the right moment for governments to reassess the business and regulatory environment for mobile services to accelerate investment and innovation.

The telecoms body, which represents the interests of mobile operators worldwide, uniting over 750 operators with nearly 400 companies in the broader mobile ecosystem, said positive decisions that help drive the availability of spectrum are crucial for governments and regulators that want to realise high-performance networks and services, particularly for 5G.

According to the body, in its “Mobile Economy 2021” report, successful 5G networks and services depend on a significant amount of new harmonised mobile spectrum. GSMA said initially, regulators should aim to make available 80–100MHz of contiguous spectrum per operator in prime 5G mid-bands (e.g.3.5 GHz) and around 800 MHz per operator in high bands (mmWave spectrum). It stressed that lower bands (600 and 700 MHz) are also required to provide wide-area capacity and ensure that 5G reaches everyone.

Beyond spectrum availability, the telecoms body said the cost of spectrum also has a major impact. According to it, governments and regulators should assign 5G spectrum to support their digital connectivity goals rather than as a means of maximizing state revenue. “Effective spectrum pricing policies are vital to support better quality and more affordable 5G services. High reserve prices, artificially limited spectrum supply (including set-asides) and poor auction design can all have a negative impact (i.e. slower mobile broadband and suppressed network investments),” it stated.

In addition, GSMA said owing to the instrumental roles played by mobile smartphones during the COVID-19 pandemic period, mobile technologies and services generated $4.4 trillion of economic value added (5.1 per cent of GDP) globally in the year 2020. GSMA also noted that this figure will grow by $480 billion by 2025 to nearly $5 trillion as countries increasingly benefit from the improvements in productivity and efficiency brought about by the increased take-up of mobile services.

According to the report, by the end of 2020, 5.2 billion people subscribed to mobile services, representing 67 per cent of the global population. It added that nearly half a billion new subscribers will be added by 2025, taking the total number of subscribers to 5.7 billion (70 per cent of the global population). The report said people around the world relied on the internet to stay connected and access life-enhancing services during lockdowns.

It added that the shift to online activities caused an increase in the growth in data traffic at the peak of the pandemic, adding that mobile network traffic grew 50 per cent on average in the 12 months to September 2020. It further said that the figure was higher in sub-Saharan Africa and other developing regions, where mobile was the primary form of Internet access. It said that in 2020, 225 million people connected to the mobile Internet for the first time, bringing the total to over four billion people (51 per cent of the global population). Sub-Saharan Africa accounts for half of live mobile money services and two thirds of the total transactions value according to the report. 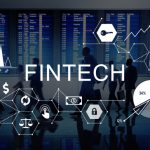