It was a four-day trading week as the Federal Government of Nigeria declared Friday,1st and Monday 4th of September, 2017 as Public Holidays in commemoration of the Eid -el-Kabir  Sallah Celebrations.

The Financial Services Industry (measured by volume) led the activity chart with 838.247 million shares valued at N5.134 billion traded in 7,884 deals; thus contributing 83.91% and 44.82% to the total equity turnover volume and value respectively.

The third place was occupied by Conglomerates Industry with a turnover of 35.563 million shares worth N60.673 million in 627 deals. 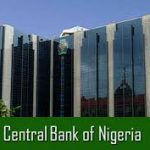