Lagos State Government has launched a N250 million seed capital for the development of innovation, technology start-ups as well as young innovators in the state in pushing their entrepreneurial skills to the next level.

Lagos State Governor, Mr. Babajide Sanwo-Olu, who launched the funds on Thursday (5th of December, 2019), also announced the setting up of Lagos State Science Research and Innovation Council (LASRIC) to be chaired by the Vice Chancellor of the University of Lagos, UNILAG, Prof. Oluwatoyin Ogundipe, with $687,000 start-up funds for investment in research and development of tech-focused solutions across the six pillars, T.H.EM.E.S, of his administration’s development agenda.

The governor said the establishment of the council and innovation funds officially began the process of implementing strategies that would help in the realisation of the Smart City initiative of the state. Sanwo-Olu made the announcement on Thursday, at the on-going maiden Art of Technology (AOT) Lagos 1.0 conference organised by the Office of the Governor’s Special Adviser on Innovation and Technology.

No fewer than 1,500 young innovators and Tech solutions developers participating in the event being held at Oriental Hotel, Victoria Island, with the theme: “Bridging the gap”. The Governor said the innovation funds would also be directed to support Information and Communication Technology (ICT) research focusing on solving issues of national significance.

He said: “There is no gainsaying the fact that any society that wants to be reckoned with on the global stage must be grounded in the application of technology to growth and development. It is gratifying to note that the world has accepted Lagos as the Silicon Valley of Africa with major investments by Microsoft and Google in the Ikeja-based Computer Village and emerging Tech hubs, which have served as launch pads for the digital careers of numerous youths in software development.

“To further expand the opportunities, we are immediately earmarking seed capital of N250 million into Lagos State Science Research and Innovation Council to be accessed by Tech entrepreneurs and software developers in innovation ecosystem for them to create various solutions from artificial intelligence to robotics, to health informatics and green energy.”

Besides, the Governor also launched Open Government Initiative, Innovation Master Plan and Lagos State Solution Hub to further drive synergy between policymakers in the public sector and innovators in the private sector. He explained that while the Solution Hub aimed at democratising access to state actors and serving as the first point of call for innovators, solutions providers and innovators on marketing their solutions, the Innovation Master Plan would be focusing on implementation of policies in four critical areas to unleash a culture of problem solving.

Sanwo-Olu said it would address the challenge of access to data and funding for innovations, adding that the plan would also bring about provision of faster Internet broadband that would catalyse talent development. He urged the participants and investors to leverage on the opportunities provided by the event to synergise and network with other innovators towards develop life changing software that would transform healthcare, agro-business, transportation, food security, housing and education in Lagos.

The convener and Special Adviser to the Governor on Innovation and Technology, Olatunbosun Alake, said the event had the objective to bridge the gap between governance and innovation. He said the government and private sector could no longer afford to work in isolation, stressing that the public and private sectors must co-create to key into the future. He added that outcomes of the event would bring about enabling policies that would empower Lagos Government to build a sustainable tech and innovation industry.

Also, Commissioner for Science and Technology, Mr. Hakeem Fahm, observed that state government had started to look into the future by “thinking Smart” and using technology as an enabler to realise Smart City status. 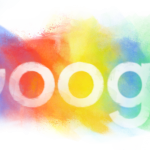 WE ARE COMMITTED TO EMPOWERING NIGERIAN YOUTHS — GOOGLEInvestor News