With over 700 of 3,389 Bureaux De Change (BDCs) inactive in the Central Bank of Nigeria’s (CBN’s) forex window over what stakeholders described as unfair pricing regime in favour of the Banks, Dollar sales at the retail end of the market may be at risk.

These are not the best of times for Bureaux De Change (BDCs). The operators have been crying foul over what they described as uncompetitive rate at which they buy Dollars from the Central Bank of Nigeria (CBN).

The Association of Bureaux De Change Operators of Nigeria (ABCON) said more than 700 BDC operators have in recent months been rendered inactive in the CBNForex Window due to the rate crisis. This has put the sustainability of their businesses under serious threat and made it difficult for them to meet their obligations to retail forex users.

ABCON President, Aminu Gwadabe, said the BDC business has been badly affected by uncompetitive rate as the CBN sells dollars to BDCs at higher rate compared to what the regulator sells to Commercial Banks, yet both institutions target the same market segment and customers.

He said if the anomaly is not corrected, it could disrupt the exchange rate stability enjoyed at present. For instance, at the official market, the Naira opened last week at N305.70/$1 and closed at N305.80/$1 due to daily interventions by the CBN. Similarly, the domestic currency traded flat at the parallel market, closing at N370/$1 all through the week.

However, at the Nigeria Autonomous Foreign Exchange Market (NAFEX) segment, rate appreciated on all trading days, opening at N360.66/$1 to close at N359.25/$1 which represents a 0.4 per cent appreciation week-on-week.

Analysts expect rates to hover at current levels this week as the CBN continues its drive to deepen liquidity via Wholesale and Retail markets interventions in various segments.

Gwadabe said the BDCs supported the CBN to achieve this stability and should be encouraged to stay in business. The CBN’s approved list showed that 3,389 BDC operators have been licensed to carry out the business and are expected to get $40,000 allocations weekly from the CBN Forex Window.

Gwadabe praised the CBN for liberalising the forex market and making more dollars available, adding that making the funds readily available in right volumes will double the positive impact of the policies on the economy. “We are happy that the CBN is liberalising the forex market to ensure that its objective of deepening the market is achieved. What stops the CBN from raising the PTA and BTA to $8,000 and $10,000 per quarter? The school fees and medicals should also be increased to $20,000 and $15,000 respectively to put more dollars in the hands of end-users. That way, the liquidity that is coming from liberalisation of the forex market will be absorbed,” he stated.

The ABCON boss believes that despite the challenges facing the economy, the CBN and BDCs should continue to work together and find lasting solutions that would help the country resolve the ongoing forex crisis and achieve speedy economic recovery.

He promised that ABCON will continue to ensure that purchased funds by its members are disbursed to end users and for eligible transactions only even as operators that breach CBN’s regulation on the sector will be severely punished.

According to the ABCON boss, the Banks enjoy large customer base with the customers able to carry out their transactions by having their accounts debited to cover the cost of purchase. He said such convenience plus a lower rate put the Banks at advantage position to attract more customers than BDCs. He lamented that BDCs are not only buying at exorbitant rate, but also sell at a rate higher than that of the Banks hence, creating low patronage for the operators.

Gwadabe advised the CBN to take urgent steps to review the rate at which the Dollar is sold to the BDCs as such would boost ongoing recovery of the Naira against Dollar. The Naira has remained at N368/$1 at the parallel market in the last one week, a major improvement from N520/$1 it exchanged last February. He said the success recorded by the CBN in stabilising the naira was largely contributed by the BDCs which remain backbone of the retail forex segment of the economy.

“The CBN should be proactive enough to quickly review the BDC buying rate to ensure effective competition among all the stakeholders. There is no need to give the banks undue advantage over the BDCs as is currently the case based on the level of disparity seen in the dollar buying rate by both sectors. Nothing stops the CBN from ensuring that both the Banks and BDCs buy Dollars at same rate,” he emphasised.

“The largest volume of foreign inflows was recorded in May, underlining the positive impact of FX market transparency and flexibility on investor confidence. The knock-on effects of strong portfolio flows are already evident in performance of the domestic equities market which has historically been driven by FPIs,” he said.

He explained that investors took advantage of the erstwhile attractive valuation of the market, driving the benchmark index year-to-date return to 36.4 per cent as at August 25, from a negative position of -6.2 per cent in the first week of April.

The Acting Director, Corporate Communications Department at the CBN, Isaac Okorafor, said the success recorded at the I& E FX Window was an indication of the appreciable level of confidence in the foreign exchange management by foreign investors and autonomous suppliers of foreign exchange to the market.

Nigeria’s currency crisis was triggered by low oil prices which have adversely affected its foreign reserves and created chronic dollar shortages. It was the need to curb these Dollar shortages that prompted the CBN to regularly inject dollars into the market to narrow the spread between the official and black market rates. 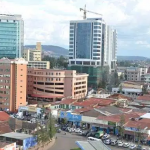